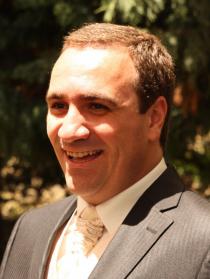 Private market-makers have obligations to provide continuous Prices to the markets; they require the fastest technologies to avoid the risk of having stale prices to the markets. Public exchanges continuously match the received Orders, centrally, first by best price and then by best time; they require the same technologies to ensure a transparent, fair and deterministic service. All parties are fully regulated; among the rules, all steps of the Financial Trades must be reported with accurate timestamps.

This keynote will cover the latest clock synchronization Best Practices taken from these cutting-edge environments, for both viewpoints (Exchanges / Market-Makers). It will be detailed how electronic markets work, why specific technologies are faster, and how GPS+PTP+WR are used to monitor and optimize all of the above. The latest robustness improvements that avoid the well-known PTP single-point-of-failure and leap second issues will be covered - and why these additional features are essential to comply with the latest accuracy regulations, which have no provisions for outliers (MIFID-II RTS 25).

By focusing on this highly competitive industry, the speaker will make a case why other large distributed industries will essentially find the same problems of PTPv2, when inevitably they pursue an higher-accuracy path.

PEDRO V. ESTRELA, PhD, is a Performance Engineer working for the financial Industry since 2008, specialized in all aspects of TimeKeeping required to optimize Low-latency, fully automated, high-frequency trading systems.

In this period Pedro built state-of-the-art PTPv2 time distribution systems on several worldwide networks. Pedro's work on PTPv2 included a complete rework of the open source PTPd client, the addition of the NTP robustness watchdog to this client, and close integration with Vendor PTP solutions. This work also directly triggered the development of the “PTP Enterprise profile” by the IETF. All these aspects were described in two ISPCS papers, the latter of which was given the best paper award of the 2014 conference.

Other work as a Performance engineer included optimizing all latency components of short-distance co-location links, namely by measuring and reverse-engineering all steps of the trading loop and automatically comparing the performance to its competitors. The same was the case for optimizing medium-distance Microwave and Fiber networks, plus building and productizing prototypes of ShortWave technologies that lower the Latency between very large distances (continents).

Pedro holds both a PhD (2007) and a MSc (2003) in Computer Science, specialization on mobile networks, from IST-TU Lisbon, Portugal.

Abstract:
This talk analyzes methods of time dissemination in hierarchical synchronization networks and provides a mapping between the dissemination method and the network level. The need for time dissemination for the coherent network primary reference time clock (cnPRTC) architecture according to ITU-T G.8275 is explained. The following three methods will be discussed: Optical Time Transfer (e. g. according to ELSTAB), the IEEE 1588 High Accuracy Profile (“White Rabbit”), and the ITU-T specified PTP solution with full timing support from the network (PTP-FTS).

Helmut Imlau received his Diplom-Ingenieur in electrical engineering, and after that has served in different positions inside the T-Group, and is now with Deutsche Telekom Technik GmbH.  He has long experience in the field of transport networks and deep expertise in the areas of synchronization and measurement.  He is responsible for synchronization architecture and system engineering, with a current focus is on Deutsche Telekom's synchronization strategy, including phase synchronization for 5G.  He is a member of the ITU-T Study Group 15 Question 13 on synchronization, and has written well over 100 contributions with focus on Ethernet Physical Layer Synchronization (SyncE), phase synchronization, accurate time transfer, clocks and measurement methods. His current work at the ITU-T includes cnPRTC architecture with the goals of increasing synchronization network robustness and reducing dependency on GNSS; high-accuracy time transfer methods such as optical time transfer (OTT) and the IEEE 1588 High Accuracy Profile; increasingly accurate telecom boundary clocks (T-BC) such as the Class C and Class D T-BC in G.8273.2; and the incorporation of multi-band GNSS in a PRTC in G.8272.  He is head of the T-Group standardization project Timing and Synchronization, a member of ITSF Steering Group, and has made numerous presentations at the ITSF and WSTS conferences. 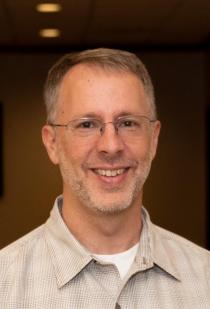 Abstract:
For decades, computer timekeeping and time synchronization protocols have progressed along their own timelines with a major enhancements in one driving advancement in the other. These lines of progression have reached a point where we can begin to see a future where Distributed, Time-Coordinated Software can itself rely on Time-Synchronization that is as secure, as robust, and more accurate than the best-case latency of today’s data networking technologies. In this talk we discuss the history of computer timekeeping that led us to this point, important leaps forward in capabilities (and jumps backward), and characteristics of a future state that will democratize new programming paradigms that will both leverage today’s time synchronization technologies, and push them further to deliver more.

Kevin B. Stanton, Ph.D. is a senior principal engineer at Intel, where he is responsible for time-related standards, technologies, and applications for cyber-physical and general-computing systems. He made substantial contributions to the IEEE 1588/PTP and 802.1 TSN standards, and drove expansion of 1588-based time synchronization over 802.11/Wi-Fi wireless links. He believes that accurate time (with bounded uncertainty) will one day be made available to every important computing device in the galaxy.